In the following image we can see the Map of Manilva from the Google Maps satellite. Manilva Map

Watch our video of Manilva to get a feel for the local area: The Spanish town of Manilva is located on the western Costa del Sol and sits back 2 kilometres from the coast, the town sits on a hill offering sea views to the Straits of Gibraltar and Rif Mountains of Morocco and mountain views towards Casares and the Sierra Bermeja. The town is surrounded with vineyards that date back to roman times, today the area still produces fine wines from the Moscatel grapes grown on the sloping hills that surround the town. Harvest time around the beginning of September features the Fiesta de la Vendimia where the grapes are trodden as part of Manilva’s annual grape festival. 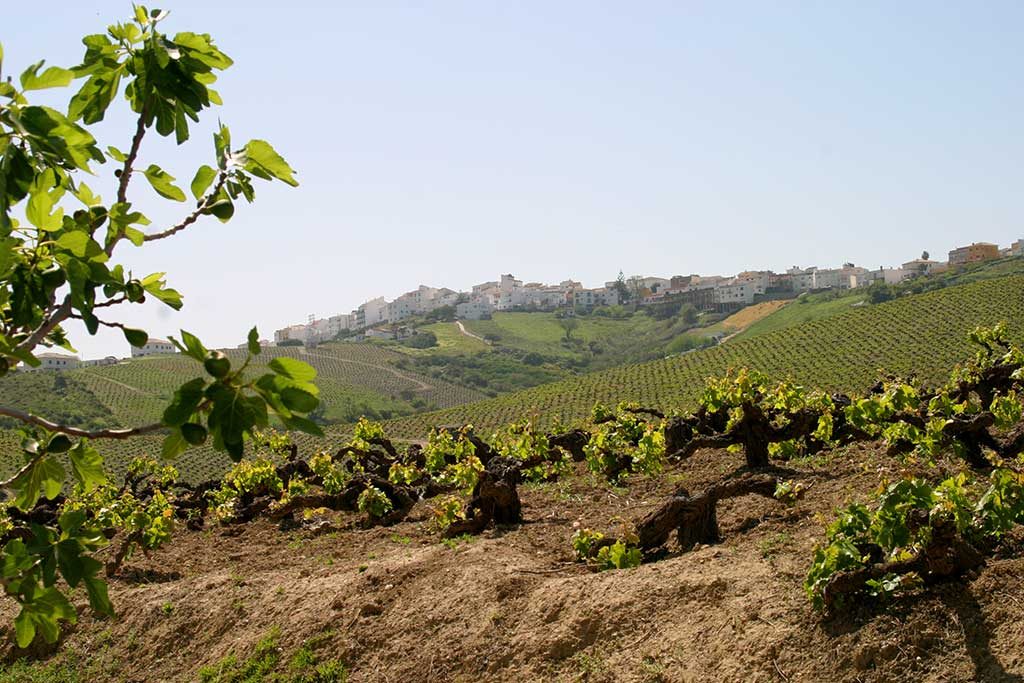 The town’s strategic position has resulted in a long history of settlement and can be dated back to the Stone Age. With archaeological finds in the caves of the Sierra Utrera which sits just north of Manilva and a roman kiln discovered a few years ago. It is during the Roman period though, that the area first enjoyed prominence, as it was the site of a thriving fish processing industry, remains of the factory, a villa and bathhouse can be seen today just outside the Castillo de la Duquesa, one of Manilva’s coastal villages and artefacts can be seen in the museum inside the castle. It was in the 16th century that the town of Manilva itself was founded, although a part of the neighbouring municipality of Casares, it gained its independence in 1795 and has grown ever since.

The town has developed with more housing and an industrial area over recent years but still kept its Spanish village feel. The AP7 motorway is on the doorstep and offers easy road transport access, at present there is a campaign to get the proposed route of the coastal train service extended to include the area of Manilva. Manilva’s community has a mix of local Spanish, Brits, Irish and other foreigners from around the world who have settled and started a business others commute to Gibraltar for work. There are plenty of quality chiringuitos (beach restaurants) restaurants and bars offering an eclectic mix of cuisines from local Spanish Tapas, Indian, Chinese food to fusion and fish and chips. With easy access to the coast and 8 kilometres of beach, with the main beach in Sabinillas just a few kilometres from Manilva village and Puerto Duquesa with its marina and local fishing boats the coastal region has grown with further development but again not been spoilt with high rised buildings. Beaches are wide and sandy stretching from Casares to the east and Punta Chullera on the western side of the area. These beaches are kept clean throughout the year, and during the summer months are patrolled by a team of lifeguards and medics. Like all Spanish towns and cities, Manilva has an annual feria or fair, which in Manilva’s case is held in the second week of August, to coincide with Spain’s national holiday, Ascension Day on the 15th August. In fact Manilva has a very busy calendar of ferias and fiestas either religious, traditional or modern. Starting off with the Three Kings cavalcade on the 5th January, then the raucous fun of Carnival around the beginning of Lent; the solemn devotion of the Semana Santa processions during Easter; the Manilva International Festival, around the end of May, during which the municipality’s international community takes the opportunity to show off its varying culture, cuisine and traditions; the Eve of San Juan during the summer solstice with its pagan tradition of bonfires, fireworks and partying till dawn; the fishermen’s celebration of their patron, the Virgen del Carmen in mid-July, and then rounding off the summer with the Vendimia. Throw into that a good smattering of Saints’ days and pilgrimages and you’ve got a busy schedule of partying and celebrations. Situated in the province of Malaga and bordering the province of Cadiz the area has much to offer holidaying visitors and people who settle in the area. Travelling from the local airports of Malaga and Gibraltar you can be relaxing within an hour from Malaga and 20 mins from Gibraltar.

Below is a list of all businesses based or servicing the area of Manilva: 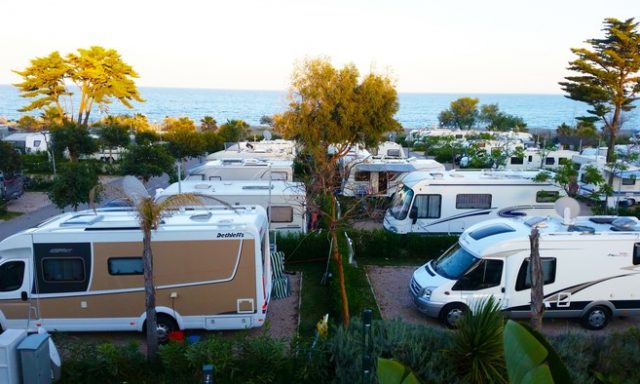 Located on the A7 coast road and with a beach front location the site offers campers and caravans an ideal all year round destination, for… 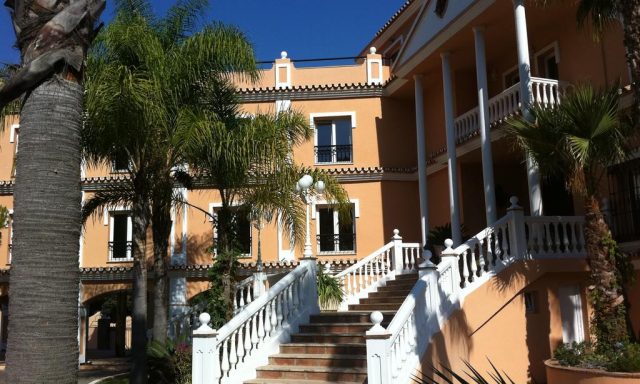 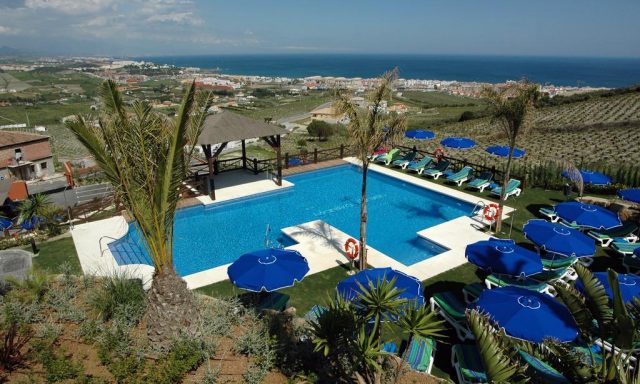 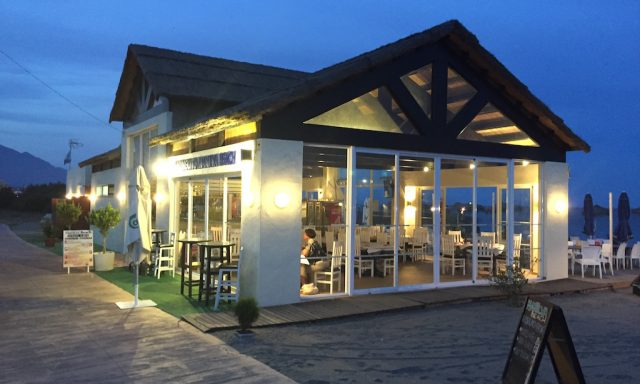 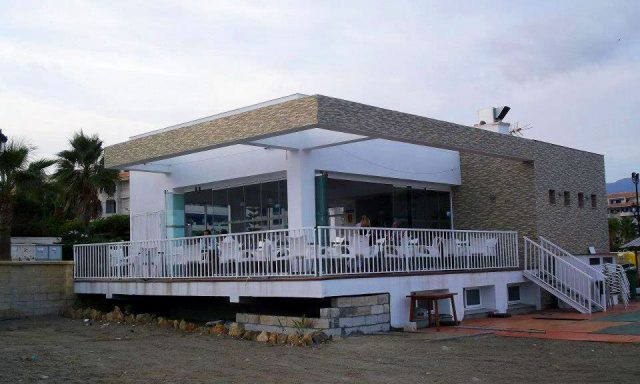 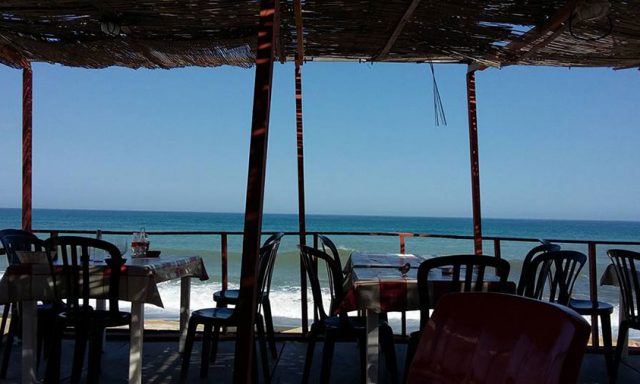 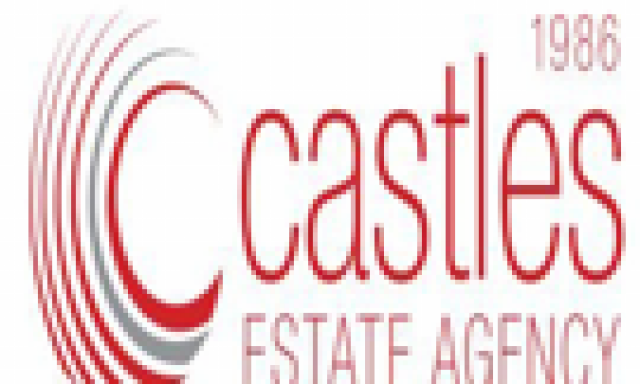 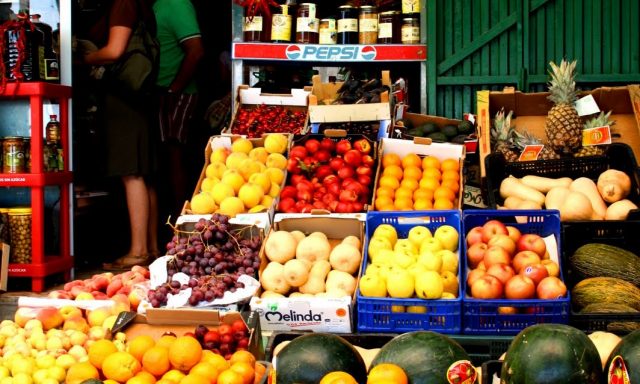 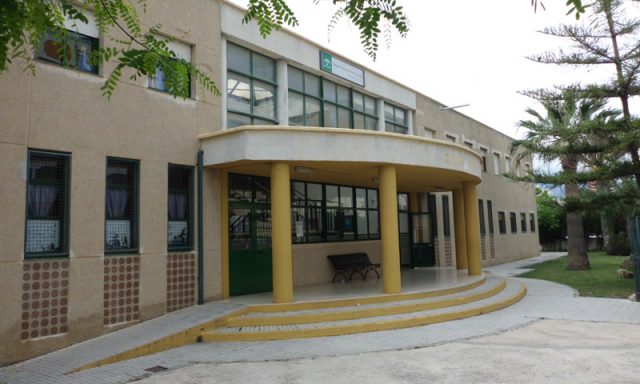 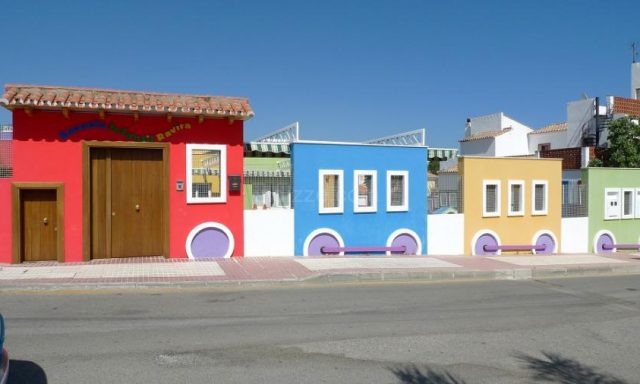 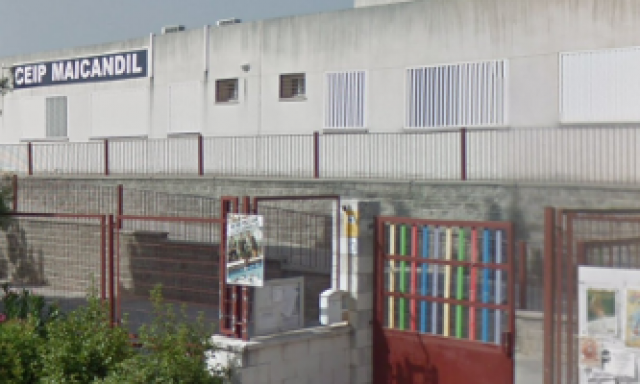 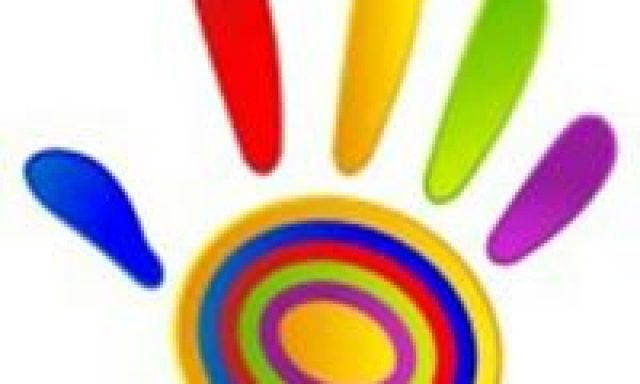 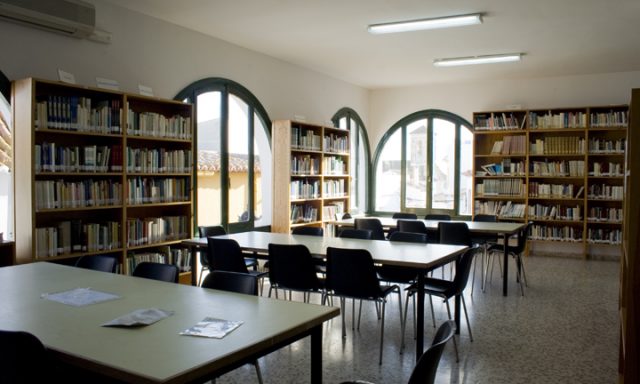 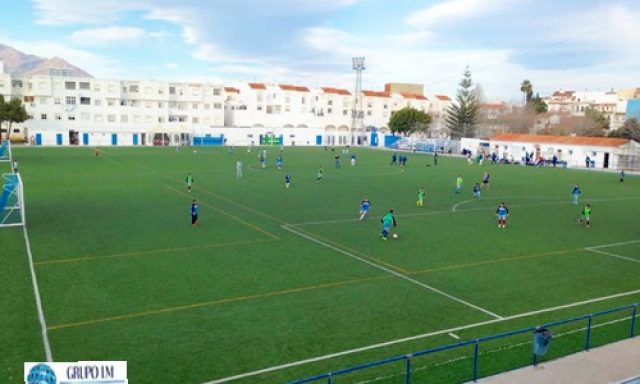 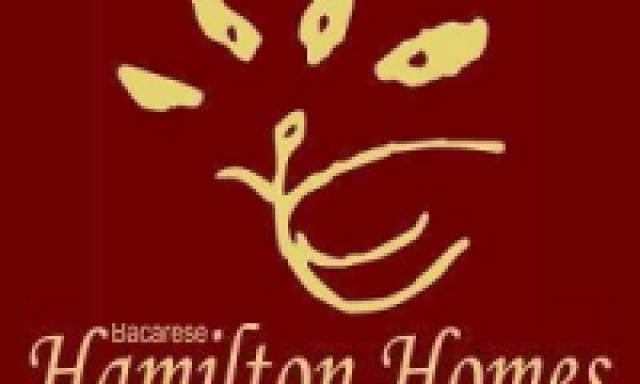 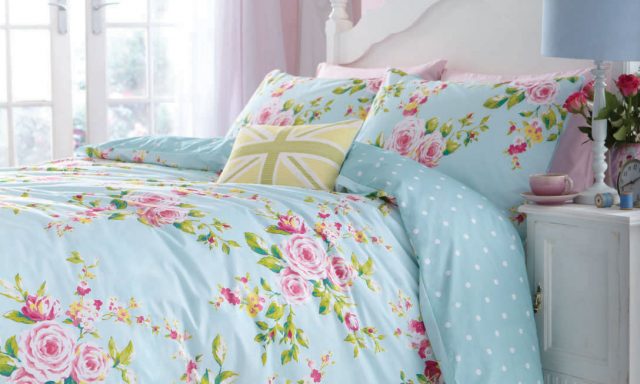 MANILVA MART Independent Supplier of Quality products at great prices. We do not supply to anybody else. Household Items, Bedding, Soft… 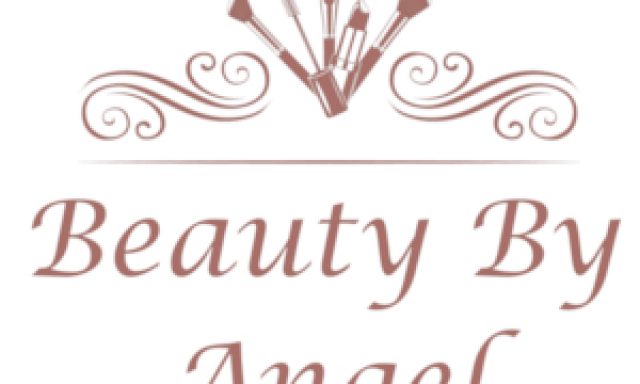 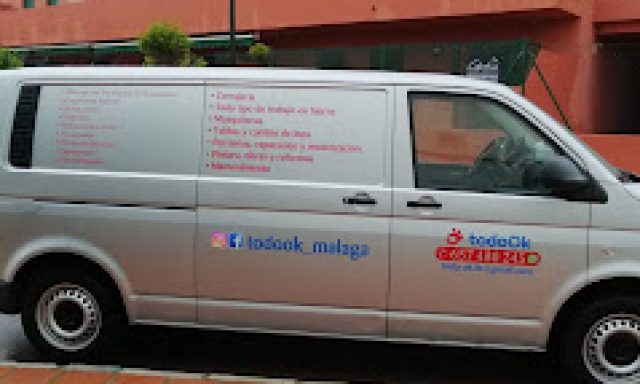 Todo Ok is a multiservice company for people who need to solve a problem or have an idea or project to improve their home or business. From… 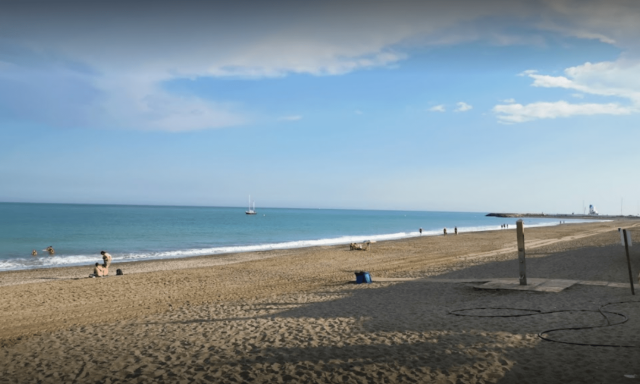 Things To Do in Manilva Beach

Very wide, quiet and ideal beach to go with the family. It has showers and a wooden promenade, as well as a children’s playground on… 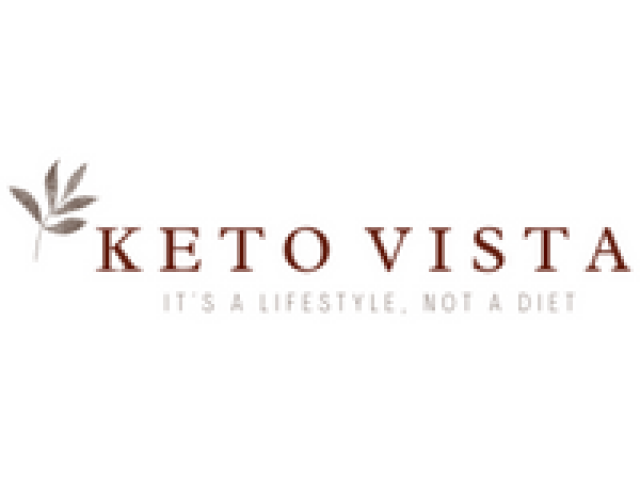 Keto Vista is an Online Store for Keto or Low Carb Products. If you are looking for a Keto Online Store for all your KETOgenic needs, stop looking now! Keto Vista is the most varied on the market at your disposal. Here you will find everything you need to follow your ketogenic diet, from savory, sweet and low carb snacks to recipes and ways to carry your lifestyle. 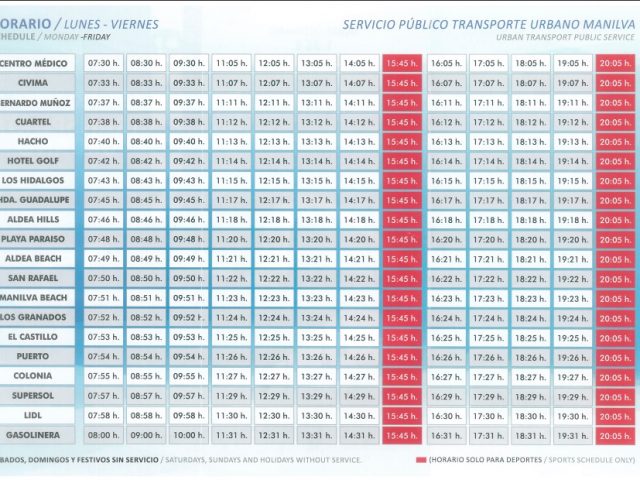 Remind them of the routes and schedules that the local bus makes. Leaving from the Manilva Health Center, the transport passes through the CIVIMA to continue towards Sabinillas, stopping at Bernardo Muñoz, Civil Guard Barracks to continue towards the area of El Hacho, Hotel Golf, Los Hidalgos, Hacienda Guadalupe, Aldea Hills, Playa Paraíso, Aldea Beach, San Rafael, Manilva Beach, Los Granados, El Castillo, Puerto, La Colonia, Supersol, Lidl and finally the Sabinillas gas station. From Monday to Friday, the morning schedule begins at 07:30 a.m., and repeats the route at 08:30 a.m., 09:30 a.m., 11:05 a.m. and every hour until 2:05 p.m.; while in the afternoon, the itineraries take place at 4:05 p.m., and every hour until 7:05 p.m. The price of the ticket each way is 1.25 euros, while pensioners must pay 0.75 euros. Schedule Estepona – La Línea Schedule Sabinillas – Manilva 10 buses usually run weekly, although schedules on weekends and public holidays may vary so check in advance. How far is it from Sabinillas to Manilva? The distance between Sabinillas and Manilva is 2 km. How do I travel from Sabinillas to Manilva without a car? The best way to get from Sabinillas to Manilva without […] 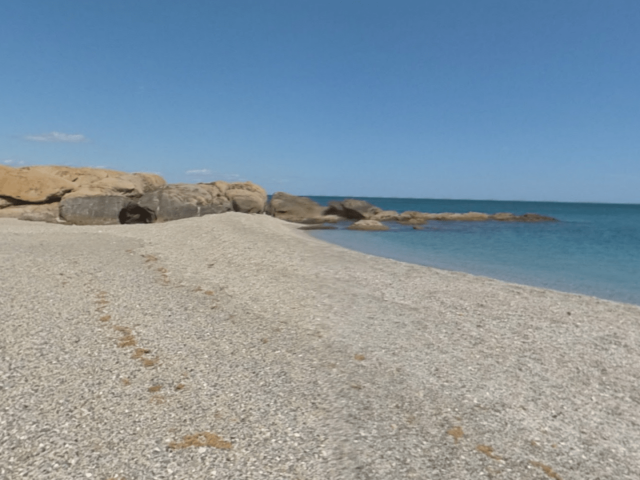 Located on the border with the province of Cádiz, Playa de Los Toros belongs to the Malaga municipality of Manilva, in Punta Chullera. Its name is due to the Cañada Real de los Barrios de Estepona through which cattle used to travel in the past. It is a semi-urban beach located near an urbanized area that normally has a high occupancy level. With a small extension and 40 meters of average width. It is characterized by not having sand but by having medium and small stones, and with moderate waves. This beach is also characterized by a large rock about 3-4 meters high, with access on foot, from which young people usually jump. Although with a more limited parking, we recommend parking in the urbanization of Punta Chullera, although you have to walk 10 minutes to get to the beach if you can drop all your things on the beach and then return unloaded. Do you have a business near here? Contact us so that more people can meet you at Playa de los Toros

Beach Things To Do in Manilva
Rate now 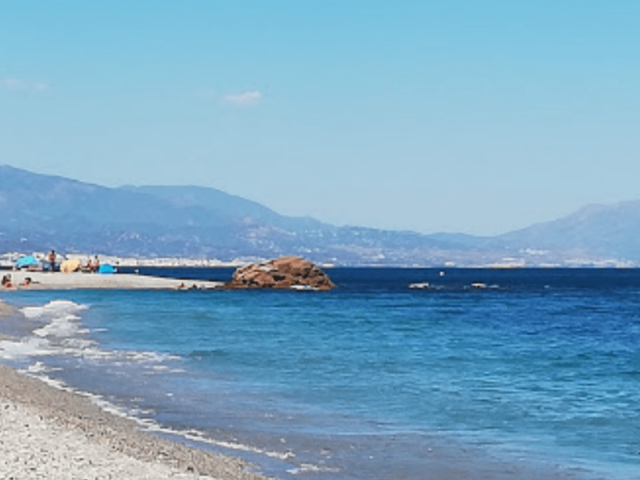 Quiet beach with warm water, although the sand is dark and thick, it does not stick to the skin, it is also little traveled and is approximately 1km wide. It ends at Cala de la Sardina. This beach is part of the same hill as Playa del Negro. The low cliffs stop before, and in this way, a straight beach 30m wide has been created.It doesn’t have a lifeguard or hammocks. You can see the calmest people even in topless, of all ages, you walk around and nobody looks at you, I felt a lot of freedom on this beach in particular. Parking is good. If you come from the highway without being able to access the beach, you must enter through the Playa Paraíso urbanization. It is better to park there. In Playa Paraíso you will find a very pretty cove and another good beach. It goes in the opposite direction towards Malaga, to Estepona. And you can take whatever you want both to lie down and to eat. There are rubbish bins and it is not usually saturated with people. Do you have a business near here? Contact us so that more people can meet you at Playa […]

Beach Things To Do in Manilva
Rate now