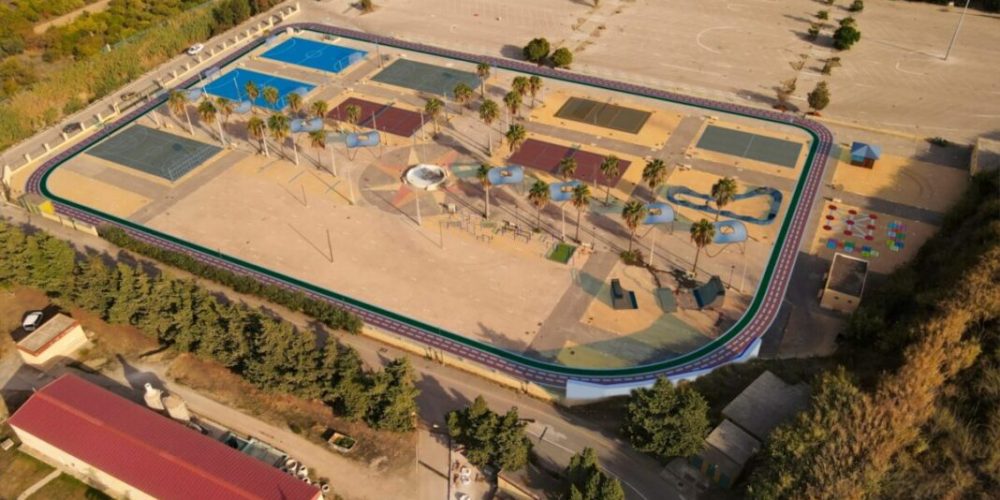 The mayor of Manilva, Mario Jiménez, the person in charge of urban planning, Marcos Ruiz, the mayor of Sports, Manolo Gil, as well as the Councillor for New Technologies, Francisco Miguel Álvarez and the delegate of Beaches, Eva Galindo, announced details regarding a total area of ​​17,500m2 where the Sunday market use to be held will now have some 11,036.00m² allocated to new sports facilities.

This will also include a kiosk that will serve users of these new sports facilities drinks and meals. It will have tables and chairs for everyone to use and enjoy.

Councillors announced this area is going to become the epicenter of sports and leisure in our municipality.

The aim of this project is to create a space for families to practice sports and enjoy themselves, this program has been developed so that the facilities benefit all ages.

Councilman Manolo Gil is said to be happy with these actions that will accommodate various sports.

Lovers of calisthenics will also find their space in this project that will add both a skate area and a climbing area.

These areas will be bordered by a three-lane athletics track and a bike lane, as well as a two-lane straight for speed athletics.

The first manilveño mayor, Mario Jiménez, commented that it is one of the most important projects of this legislature and whose works are expected to begin in September 2022.