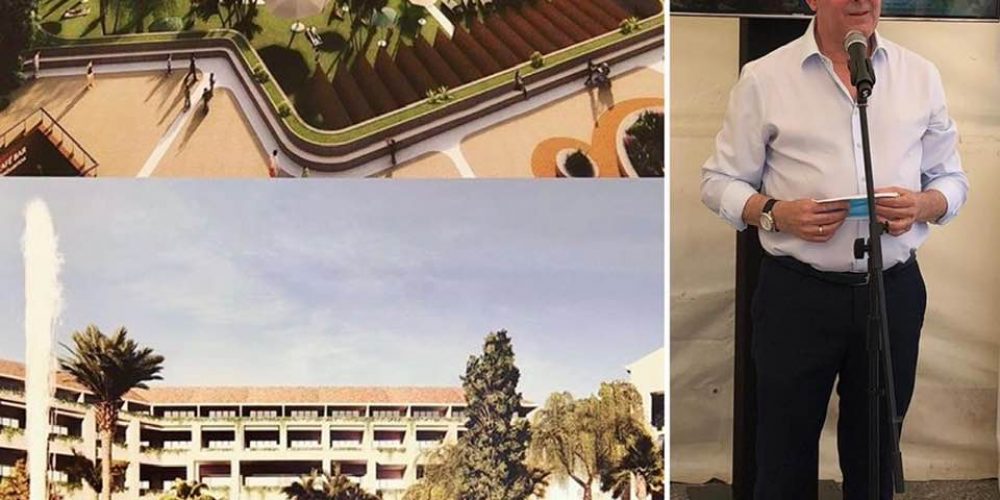 Casares has been given a boost to it´s already growing list of quality hotels and tourism, Hilton will develop their first luxury five star hotel in Spain due to open in 2022. The Hotel Conrad Costa del Sol will be the first hotel that the brand Conrad Hotels and Resorts will have developed in Spain.

Platinum Estates has entrusted the American chain Hilton to manage this hotel under its luxury brand Conrad. They will invest some 70 million Euros in building a hotel with 194 rooms, a spa, several swimming pools and an haute cuisine restaurant on the 50,000 square metres of land on Finca Doña Julia.

The hotel is already partly built and has been left for some 10 years now and has been an eyesore on the landscape since the Evemarina group was unable to complete its project to build a hotel to be managed by the Park Hyatt chain, when the real estate bubble burst.

The Mayor of Casares, Pepe Carrasco, said during the presentation of the project, that this hotel complex will establish the name of Casares within the Andalusian tourist map, nationally and internationally. And there is no doubt, that it will stimulate the economy of our municipality, because not only will they need labour, but also from suppliers and many other companies that provide services to them.

During the presentation of the project by the Managing Director of Development for Hilton in Spain and Portugal, Carlos Miró, stated that the hotel will stand out for its contemporary design, exceptional facilities and will provide some 200 jobs when it opens its doors.

Who knows maybe some more infrastructure will be added to the area which is needed.

The delegate of Tourism in Malaga, Nuria Rodriguez, who attended the event, welcomed this initiative by Platinum Estates and Hilton that will end decades of abandonment of the works in the Finca Doña Julia. According to Rodriguez, the province remains “a preferred destination for investors because we are strong, safe and offer quality, this project shows that “tourism is beginning to gain momentum and recover strongly.

The second vice president of the Diputación de Málaga and CEO of Tourism Costa del Sol, Margarita del Cid, said that this project is the result of joint work of public agencies and the private sector. “It shows that the Costa del Sol continues to be a focus of attraction for international hotel companies”.

Del Cid recalled that the luxury segment has enormous potential in the Costa del Sol where it receives more than half a million visitors annually. The average expenditure of these tourist exceeds 600 euros per day and the travel budget is between 3,000 and 50,000 euros that brings significant benefits to the economy.

View all posts by Tony →